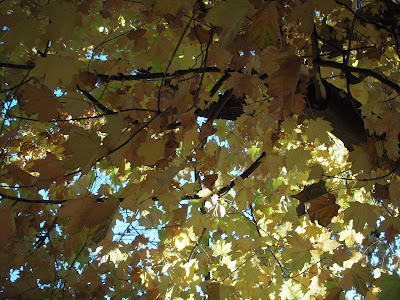 What a fabulous week!

Not just in weather, but in training.

Weather wise, it was clear, sunny and warm. Indian summer. Color, was phenomenal. Every tree in the surrounding counties peaked in color.

Aside from the weather, the pony was all systems go in training.

I think schooling outside makes a huge difference in the routine, and I was so happy to have my outdoor back from the muck and sludge that the rain had turned it into.

Sunday and Monday she had off. Namely due to my time constraints, by Tuesday, we were back. Starting the week out with a hack around the property (and promptly trying to turn into a giraffe at the pit Bar-B-Q thing in the drive). Despite the back fields being occupied, we worked deeply on bend. When we hit the polo field I wanted to canter a bit. She felt wonderful, threw in some changes too.

Wednesday was the highlight of the week, we were back in the arena. I really wanted to test her meddle with some serious fourth level work and maybe an FEI movement or two. She pulled out really green canter zig zags with the change, half steps to canter and a series of accidental tempi's. 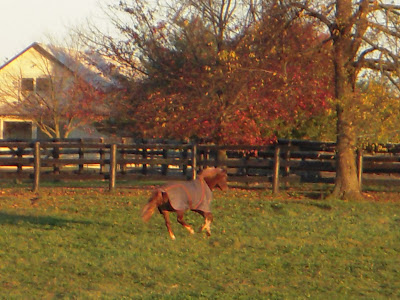 Thursday was mild, put her on the lunge. Played with collection and the mediums. By the time we hit the mediums I was running down the long side of the arena to get the hocks going. Doing this on a bum pulled hip is not the brightest of ideas, but hell, it looked great.

By Friday, we were in the double working forward (she was mildly sucking back). Figured out she didn't like having the curb, which I normally tie up, flopping around when warming up. Saturday we pulled it all together for micro pir's, passage, half steps, medium/extensions, the zig-zag exercise from hell and a few other pony tricks.

She was so awesome, today she got the day off. Next week I present in the double bridle. Can't wait.
Posted by Kelly at 6:52 PM