It's been about a week since I touched down back in Europe and I haven't stopped moving since.
To say that I like it here is an understatement. It's one of the best things I've done for myself and my career to date. I miss my horses, cats and my significant other, but I feel at home here. It's a step forward in many places, and I've learned a lot even in a short time.
The barn is lovely as it is modern with a candyland of horses to choose be around.
I have my usual set of six, plus a few others that I get to rotate through if there's enough time. I get to coach a little, and in return I'm coached. The energy is positive, friendly but professional. We have a job to do, and we need to do it. All I work with is the young horses, I wanted this specifically for my own program since I've begun to reach into that market more and more. My oldest is five, with the youngest being two. My two favorites are the Ampere and sarkozy followed by the Don Index. They couldn't be more different.
I'm regretting that I just am doing three months. There's so much here to see and do.
It's also incredibly satisfying to be around people with the same goals and mentality about the business. Horses are practical here, there's no shying away from the discussion of commission or even day-to-day issues.
The barn is the same here and abroad, horses basic needs do not change from one country to the next. But the country, like every place,has its own cycle, its own way and pride for doing things. This is not Holland, the mentality is more traditional and in my opinion, much more correct. You see it in how the horses are treated and worked. While they are commodities, they are loved and treated as well as possible. Pedigrees run not only through equine generations but family generations, no matter where you turn you find a story or someone who stood or owned the horse that you've read about.
If there's one benefit of being illiterate, is you listen and watch more than you would if you know the language. My German is pigeon at best with most phrases and sentences surrounding the barn and it's needs. My teacher is all of five, he's persistent despite my ineptitude. But immersion does wonderful thing for learning languages and making friends, and to be honest, kindness is universal.
As the world turns at home, Flair is shipping down. Poor timing on my end but better late than never. 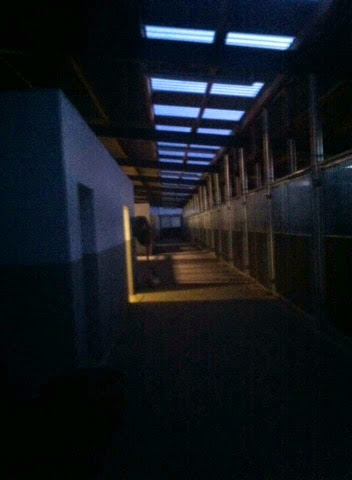 I'll take you down the only road I've ever been down

I go to yoga a few times per week.

We're not talking about the gentle yoga either, the type where you spent 20 minutes meditating and reflecting on life, then maybe get to a downward dog or twist while sipping tea du jour.

I go to the Ashtanga type. A quick series flow that frowns on props in addition to making you groan for about an hour and makes you question your sanity of: 'why did I sign up for this torture?', and 'why can't I bend like that girl on the next mat'?

I started going last year at the suggestion of a client who actively goes herself (she's actually my accountabilabuddy for this). The teacher, probably upon seeing my hand-me-down mat from my mother, the barn shoes which I left outside, plus the non-lulu clothing with lumpy body with tight hips/shoulders in my first Ashtanga class probably thought I was a nutter who would quit after three sessions.

I struggled through the primary series. I couldn't hold positions, I was out of alignment, couldn't get into peak poses, I needed blocks, bolsters, straps, mats, and a crane and/or forklift to keep it together for the first three months.

When I told the teacher what I do (I ride horses), alongside my goals (large scale stuff), she probably thought I was really off my rocker.

It was my first time, in a long time, being a beginner, and being viewed as one- at anything. It sucked.   But unlike equestrian disciplines, there was no judging. Only understanding that you are going through a process and we all started somewhere.

I survived that first class, and kept on coming back. I still leave my shoes outside and try to keep the lessons I learn on my mat in perspective as I teach and train.

The surprising thing, among many things, I learned from yoga is the idea of deserving.

The idea that you deserve to be a better you is a very fleshed-out concept within the studio.

The idea of deserving something to me was not only taboo, but borderline selfish, rude and egotistical. Especially after being raised with the thought of give to others first, then yourself.  It was like getting the first slice of cake at a party or opening the door for someone else and getting to walk through it first. Deserving something was an earned luxury. It simply just didn't happen, and not to anyone under the age of 30.

Preparing to leave for three months, there's been a lot of fanfare surrounding the departure. Between teaching the last lessons, the breakfast/brunch/lunch/dinners, trying to get a calendar organized for when I get back, trying to keep healthy in sub zero temps, preparing and seeing horses off (then checking in when I can), there's the questions.

Everything from: What are you doing over there? to Is this a buying trip, are you going to buy something? to Why you?, Why are you even going? Can't you make your own opportunities here?, Why didn't [insert other professional's name] get this opportunity?, How did you get the connections to go? and my personal favorite: What does your significant other think about this?.

Aside from the obvious answers of no it's not an active buying trip, and frankly since we've gone through suffrage my other's opinion has very little bearing on my career path (he actually wanted to visit, but couldn't this time around).

But other questions are more complicated to respond to.

I can't answer why one person gets an opportunity or how each individual's connections develop on a broader scale. I'm sure there's a university study for that somewhere. However, what I can say, and have said, is that I've put in the equity to be able to do this, and while I don't know where or how I'll end up, I deserve the opportunity to expand.

The point is this, we all deserve things, sometimes, you just have to have gumption enough to take them.