The horse industry is a handshake and nod industry.

Very little formal papered agreements pass through our hands in regards to employment, obligations and rights. The industry norm is usually based on reputation and the good of one's word within the community.

In other words, you expect Jim Bob to show up with the monthly delivery of 100 tons of hay for X dollar amount on Tuesday (he also expects a cheque and a beer). Or you expect that barn builder to throw your fence up at X dollar amount per foot and finish the job at hand.

Because they said they would.

These are unusual practices to to any industry outsider and is confusing considering the amount of cash, capital and product that flows through our hands.

On any given day, a collective, well-bred herd with a performance history is worth minimum, $10,000 and even the cheapest

I remember way back when, even as a working student, that there was no written contractual obligation, just a verbal agreement that I would show up three days a week and clean stalls for a lesson once a week. It wasn't up until recently, that I started putting things in formal writing including keeping track of expenditures and personal labor.

I would like to think that every handshake and nod deal that I've transacted with has gone fabulously, with the goods delivered in full on both parties ends, but all things said, it's also an industry that you've come to expect the unexpected.

Getting things in writing (e.g. creating a contractual obligation) is a necessary thing, it clarifies party responsibilities, creates clear boundaries, and protects individuals from, among other things, faulty memories.

So do yourself a favor, periodically review your boarding contracts, and your transactions. You never know what you might find.
Posted by Kelly at 6:06 PM No comments:

All in the family

Her dam, Maid Marion, who is spry at 17, pushed out her newest colt earlier this year. Her full-sister Erin, is also a producing as well. Sinari's sire, Comet has long been gelded (seems to be a trend with horses I've owned).

The line, especially the dam lines, have always been of interest to me. They are strong lines, and do well even when crossed with less-than-stellar, if sub-par stallions. I've tried to obtain the dam on a few occasions to produce another half to Sinari, but no dice.

So, when I saw a two-year-old colt by North Forks Cardi out of her half-sister, Anwylyd, it automatically piqued my interest due to the impending ET with Sinari and this stallion.

The colt, Fogerty FF, which had recently sold to Maine, was sold to an FEI rider as a dressage prospect and is expected to mature about 16 hands.

A few quick email exchanges, and then a very long, but great phone call, I got to know the family that much better.


Her half sister, Anwylyd, who stands 16 hands (whereas Sinari is 14.1), is a black, but similarly marked (two hind socks). She has the same low-tolerance of children, stupidity and shots.  She, like Sinari, is a firecracker undersaddle, good gaits and has the same stop and stare mechanism when spooked.While her under saddle career started later, she showed good talent for the sport.


From what she told me about the particular nick, it crossed incredibly well (I think it will be a repeat cross) and the sire improved everything that the damline needed improving while improving ability, and not loosing the sensitivity.Watching these horses mature into heavy-hitting performance horses only serves to bolster the proof.

With glowing recommendations like that, it's making me really impatient to do this cross.

Speaking of the pony, it's been hot and under saddle work has been regulated to outdoors, and during the evening. We've stuck to the polo field, working on sorting out a few things (namely changes) and some piaffe. This week is shaping up to be busy, work, riding, Stephen Bradley Clinic and a photo shoot with Michael Modecki. Oh yeah, we've been invited to help demo the Welsh breed at the International Equestrian Festival. Anyone know where I can find a shadbelly on the fly?
Posted by Kelly at 8:27 PM 2 comments:

Moving on up to the east side

It has been a long week of planning, packing and moving in the ugliest of hot weather.

I finally had enough of spending a portion of my weekend traveling out to east of nowhere Kentucky to visit Sincere. It ate up a good portion of my gas and not to mention budget when I had to run out there for only an hours worth of time. Feasibly, it was alright for an in-between, but long-term, to make him a successful candidate for the sport, he needed to be closer to home.

So we made arrangements to move, and we did so on Thursday.

I was a little worried about how he would have handled to the travel. The last time he shipped was with his mother, this time he would have to load himself (which we haven't done) and travel about 80 miles back near where Sinari is. The heat too played a huge factor, it was awful out and I wasn't looking forward to moving, let alone having a horse on the road in it.

Good news is that with a small bit of encouragement from behind he got on with very little issue, traveled the length of the 80 with very little fuss and stepped off into his new world. Ate and drank normally and was no worse for wear.

It feels great to have him nearby, I've already been out twice to play.

We kicked off the homecoming with a shower (unamused), a mane combing (unamused) and a walk about away from the herd (really unamused). I'm sure he'll get used to the idea of being in and out of the stalls more, and getting regular baths, especially since the weather is giving me the excuse.
Posted by Kelly at 7:30 PM No comments:

The hot weather has slowed everyone down, mentally and physically and my normally exuberant boy spends most of his time in the run in shed now.

I can't say I don't blame him. I wish I could hang out in the shade too, preferably with a box fan or six on me, a tall cool drink of something on the side and my friend around me.

Reporting on what's been going on with Sincere for May is a bit like reading the Level One readers; basic, with very little effort.

Truth is, as much as I like working on the upper level stuff, I enjoy the young horse end of it as well. He is enthusiastic about his current job, works well on the triangle and clips. Isn't too sure about the farrier and pulling his mane is a pain (even with drugs), but overall not a bad month of progress.

For June, I guess working on conditioning, trailer loading. If I have time, I would like to take him for a dunk in the pool, and get him through one of those fun lead trough trail courses. Keep the next few months especially easy for the heat and his upcoming lower-lobotomy.
Posted by Kelly at 6:19 PM No comments:

Shameless self promotion; Saddle for Sale

Since the decision to go with County, I've decided to lighten my equipment inventory.

The saddle is 36cm wide, smooth-grain black leather, regular flap with long billets, just recently reflocked and checked by a certified saddler and in excellent condition. It's been kept covered, cleaned and conditioned since I bought it.

This is a great saddle for a wider, more short-backed horses (halfingers, fjords, ect), the panels give plenty of stability and there is extra height on the pommel to give clearance. For rider who needs added security with a medium twist and larger knee rolls (almost thigh blocks).

I liked the way this saddle fit Sinari, but she's once again outgrown her equipment, and we're going on for a custom.

For more information, and more photos drop me a line: tempichange@hotmail.com
Posted by Kelly at 1:42 PM No comments:

I've been bad about updating, but honestly, after last week and this week's continuous high of positive news I was too busy running around like a loon. Between the team obtaining sponsorship, filling clinics and meeting more great people I've had little time to myself. They said leaving the 9-5 track is wonderful, but they forget how much work it is to go corporate off roading.

Sinari too has been wonderful.


Four and three time changes (we do them but I'm not counting them):
check, but left them alone for awhile to sort out a few other things. she's capable, and clean, but they're not 100 percent on the aids.
Pirouette and half pass.
check and double check. After the acupuncture, the re-evaluation these cleaned themselves up and improved.
They're more balanced and amplified.
Transitions, transitions and more transitions
cleaner and more uphill, but still a work in progress. I want more reaction out of them. But they are progressive.
Piaffe/passage
Holy crap. I thought I'd never get that kind of sit out of her. We worked through a lot of flat pi/pa transitions, but she has more bounce now. 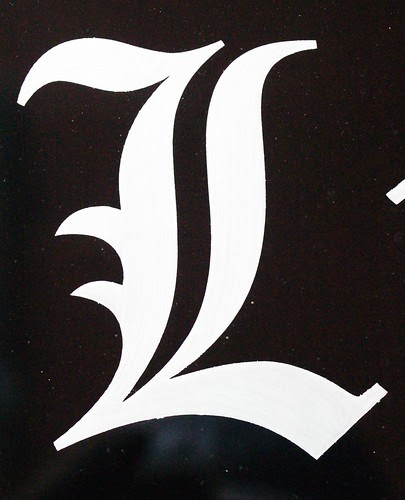 Cross off one of the goals for 2010, I've begun to pursue my USDF L license.

I've done plenty of scribing over the years, however, it wasn't until this year that I started seriously going after my L. I've always wanted to become a judge since I started riding. This weekend, after sitting between to FEI I judges, it only solidified that feeling.

The L program is the next logical step in a progression.

I'm about 8 1/2 into it and I'm feeling very positive that it will be completed out in mid-July where I will be scribing at NAJYRC.

Speaking of the CDI*, the show went fantastically this weekend. It was well-organized with wonderful management behind it. I'm happy to see the KDA expand again, and improve and capitalize on last year's show. While I miss the breed show end of it, I can understand the reason to expand the under saddle classes.

It was truly wonderful seeing everyone again, and hearing their opinions on the variety of clincians that the Team is bringing in (also all the suggestions for next year). I can't wait to see them at these events.

But the best part was the visit from County Representative- Sara Ivie. We got to try out and fall in love with a County Connection. I about nearly cried when I felt Sinari's back lift and become instantaneously comfortable in the changes. My riding wasn't the best that day, but damn, I'm on a payment-for-life deal.