Can't you see what love has done? 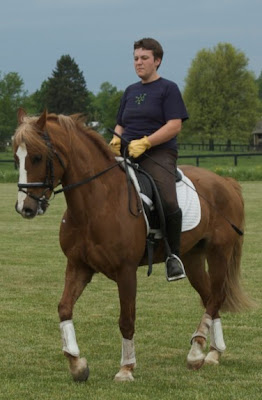 The holiday is finally cleared past and what remains of it, I really don't want to touch. Having the long vacation in the middle definitely made things tolerable at work.

We're back to normal (if you can call it that).

I'm back to riding full time and looking in at the youngin' when weather is permitting. I'm back to plotting


The year wasn't without loss. I lost my first truck due to its age-related infirmities. I lost a few mounts in July, and subsequently left that farm for quieter pastures. I lost a few responsibilities, membership to KDA, a few pounds and perhaps a few points on the IQ scale when I decided to plan out a number of major clinics for this and the next year.

While the economy was loosing itself, I was busy finding me, I think I weathered my first bubble out alright. Even started my 401k.


But for the most part, we did well.