As I lay me down 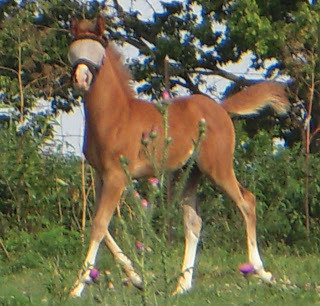 Winter is finally here. Along with the plummeting temperatures, snow and first-cold snap antics.

My normally well-behaved young man turned into a fire breathing adolescent. High from winter frost and probably a fresh pump of testosterone. From last week where he was contented to pick up all feet to steel pony statue.

We had our first discussion in a long time.

Our discussion went deeper as he began to throw his now sizable weight around and voluntary stand on his hind legs.

I have a feeling this was inevitable.

Measures were taken, the little boy was laid down several times and subsequent order was temporarily brought to the world.

Doesn't mean that I have some nasty rope burns and my right shin took a beating. He's become much stronger, much taller and much quicker.


I hate resorting to laying him down (and I'll probably get flack for it here), but I understand why. I don't like fighting with my horses, it really ends up in frustration for both parties. But, in this case, it was this or go through round after round of resistance.

Afterward, he is his fine, sweet self. Like nothing happened.