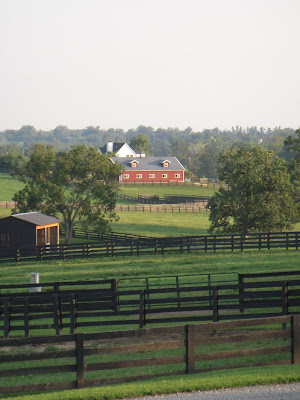 Due to the long spell of no riding, much of my to do list that I've put off for about a year, is being completed.

I became tired of my gray on black look, the strict CSS styling that wasn't adaptable and left too much negative space. In addition to the right handed-ness of the entire layout, it just became a bore. I threw out the original color and font scheme and gave it a more "leftist" look with expandable layout.

New additions have been added to the sidebar menus. Being a hard core You Tube addict, and general media hound, I love all things news. As much as it pains for me to say it, I think it's vitally important for the equestrian community to go beyond the out dated mode of print media. Especially as the world becomes more digitally connected.

I love getting magazines in the mail, I have for a very long time. I'm a subscriber to no less than three industry rags, and with membership to the various organizations I get another three in various formats. But, the problem is this: the news is about a month old, giving away to the meat of the magazine itself- the features to stand alone. Which is risky because some issues, it's a rerun.

News media outlets that are free and promote video usage, like Horse Girl TV, Horse Hero, Dressage Daily and Horse and Country, are starting to spread news on a viral basis and even provided a more diverse content that what magazines are limited to.

The news of Totilas and his shattering kur would have reached the US in about two months time, and, if stuck with VHS, would have came out a year later. With web, I watched it a day later. In the same breath, the recent US Young Horse Championships would be pushed into the October edition and we wouldn't see the winning rides at all if it weren't for Dressage Daily.

It's not to say that print based media hasn't tried, Prime Media (owners of Practical, Equisearch and Dressage Today), Bowtie Press and Chronicle of the Horse are being somewhat successful in their crossover tactics. But it's not totally free, nor are they really covering current information- leaving it to the print editions and giving the archived coverage for free months down the road. Don't blame them, they have to keep a people going to the print to keep their number in order.

So, to have these gems to help get new blood out, they should be patronized with hits and views. In the end, you'll benefit and see something new.

Meanwhile, back at the ranch, I'm waiting on a loan. Hence no regular transport to and from the farms. Sinari is enjoying extended vacation and Sincere being himself.

I'm getting impatient with the matter and my surrogate rides are as well.Hopefu

May has found herself a new home and will be moving, post-weaning to Michigan to be a pony for a friend. I already miss her, but as I've said before, my mares need to go on and be career mothers. Since she threw Sincere though, the breeder in me has been wanting to breed again, and in the contract she'll be embryo transferred at a later date as to the daddy... I don't know yet. Quaterback seems to be speaking volumes lately.
Posted by Kelly at 2:42 PM

I too have a weaning weanling that is awaiting moving to her new home by the end of the month, so that my mare Drifter can get back to work "full time". Great new look.

This new bloggy look is FANCEH!