Sinari is back under tack doing light work. I'm immensely happy to have her back. She's steadily gaining back conditioning with the work.

I'm still working and riding the horses. I need to, they're just as much fun as the ponies and I have someone exciting in the wings.

Namely we've been concentrating on forward, supple and balance, taking the time to lay some firm rules down for the push back to 4th and PSG. There is some grumbling from the girl about committing to that much balance, but already it feels better.

Hopefully we'll be further up to speed by the end of the month. Florida is still under consideration with her.

Sincere, however, has been going gang busters in his work. Lunging lightly under saddle, he's really accepted the job. He's worn saddles, bridles, side reins and Vienna reins. Accepted it all, with class and maturity. He looks awesome and minus some willy nillies from spooking at the turkeys, he's pretty darn brave. I can't wait to see him go on as a three year old and a fully formed four year old.

Since this is the end of the year, it means paper work. I shipped in my L paper work, my Bronze Medal application (conveniently online), the photo release form for the USDF Year Book, YR Graduate Application, and a few other things (trying to get my 2012 calendar in order). I have a few projects on the stove, and I still have clipping I need to get done with the ponies.

But right now, it doesn't matter, I'm taking a week break from the rush and I have an excellent view of the ocean. 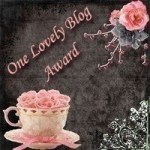 The Blog has it's own paperwork as well. I'm still surprised after 250 plus posts and a number of years, that people actually read what I write. But then again, it still comes as a surprise when people come up and comment about articles I've written or edited professionally as well.

Because of the perpetual nature of the award, I nominate the blogs to the left. They are good reads and aren't always just dressage-related.

The other condition of the award is I have to divulge 7 things about myself. So here it goes:

1. I meet my  heroes on a regular basis. I'm surrounded and continually inspired by the people who I train with, who I know, and who I work with. They keep me, the ponies and my perspective fresh. I think it's uber neat that I get to play, frequently, with those who help shape and impact the sport (not just dressage) on a far reaching level.

2.  It takes a village to raise an FEI horse. I rely on my team on a day-to-day basis to help us get where we're going. Currently on board is a small army of individuals and companies that keep us afloat. I'm hugely ambitious, and want to compete as many times as I can with the ponies at the FEI level, so I seriously cannot do it without them.

2a. Within the same vein: my ponies and horses are awesome too. They are deeply apart of my life and have been for sometime. They've sometimes come from odd, unexpected places as well. Sinari was found on a tobacco farm in back woods Kentucky, Sincere was bred out of two plain bays (and out of a dam that was never started under saddle and came to me malnourished) and the others I've found through just a bevy of network contacts and luck. I feel immensely privileged to have talented, willing and capable equines. When I'm away from them I don't feel right, so I carry video and photographs of them everywhere.

3. I'm pursuing my L, and eventually my 'r' for Dressage and DSHB. I'm currently apprenticing for my CDI organizers license as well (it's a five year push).

4. I'm a work-a-holic. I enjoy having multiple projects, staying busy and solving complicated, huge projects (as well as the cute small ones). Especially after they've created issues. It's a huge rush seeing the resolution come through. Whether it be a complicated article, piece of code, design flaw, riding issues, I don't care, if there's a way to make things less complicated, more effective and more beneficial to a larger part of the world, I'm right there tinkering with it. It also means vacationing and taking time for myself is hard (not to mention 2a).

5. I love to read and watch movies. I regularly abuse my iPad, Netflix and Library card. It also doesn't help I work for the world's largest retailer and I have access to all the new stuff coming out prior to it hitting the shelves. During the off and winter season, I probably roll through a book every week or so.

6. I'm find myself becoming more and more frustrated with the trend of feel good training within the discipline. I like uncomplicated (and happy), but I realize to progress you have to break a few eggs to get there. Training isn't always pretty, it's not meant to be perfect. It's meant to allow development. When things don't go well, or a new idea is met with resistance, just keep going.

7. I believe you are never where you don't belong.
Posted by Kelly at 8:08 AM