It's funny how the night can make you blind

I haven't updated in more than a week, and a lot has happened.

I ended a couple affiliations in the past week, hopefully for the better. I also experienced some physical drama that left my body feeling like it went through the ringer.

I'm still riding despite this.

Sinari is going along, but having that "I'm building to the upper level blues". She's gained muscle, but occasionally becomes sore from what's going on. Even now, as a 10 year old, she looks different every once in a while, blame it on the hormones and the development. Her last two weeks have been on and off, due to my crazy schedule and obligations.

Her willingness though hasn't changed, the mare now throws clean changes on demand (thanks to my PT guy who has straightened me out), does a really educated looking half pass and (finally) cleaned up that turn on the haunch. Played with half steps. The haunches and shoulder in went back to being a mental concept and the half halt went out the door a few days ago, bu 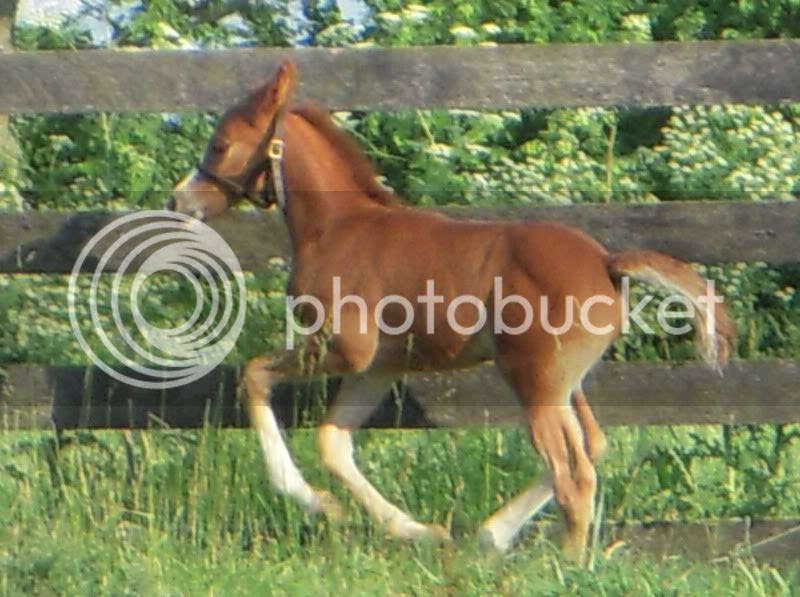 t they seem to be making a return.

Sincere is already bigger. I also think I screwed up along some of the lines of initial training. I scared him fairly decently the other day, so it's back to square one as far as catching and leading is concerned. He still does everything I ask plus extra when it comes to standing still and tolerating it.

I'm still getting a kick of photographing him. This photo was taken about three days ago in the midst of having his own party.

Like Sinari he's changing, but quicker. He's already much larger, much more filled out, but without loosing the legs or apparently the ears. I swear I didn't breed to a donkey! His routine is simple, nurse, sleep, run around like mad for ten minutes, rinse, wash repete. 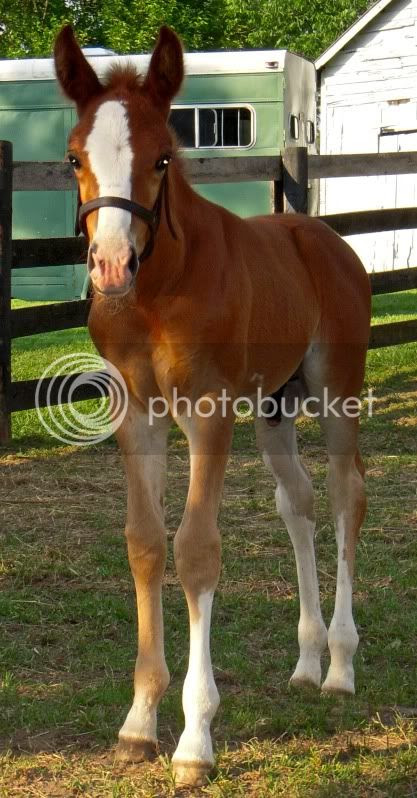 I really need to get new photos of Sinari in action before she catches wind of him.
Posted by Kelly at 6:04 PM

I'm slightly familiar with the sire ... but not totally - does he have the sabino gene? I was just looking at his back legs ... totally adorable!!!