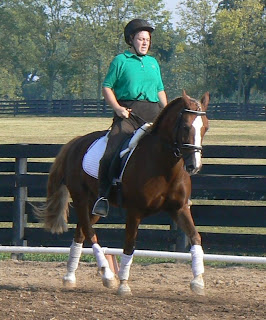 Its been an active two or three weeks out of the saddle and I'm happy to see it passed by quickly.

I've been exhausted. Sixty hour work weeks where I have only one day off. It isn't fun. I became so sleep deprived that by Christmas eve, I fell asleep over dinner. I'm finally recovered, I went to a concert yesterday and outlasted most of everyone (which felt good being normal!). Sleeping for ten hours for four days straight does that.

The last two years have been like this due to work. Well, working for the world's largest retailer isn't exactly a cakewalk around the holiday and I'm trying to change that via a new employer. It's just a slow go. I'm sorely tempted by becoming a working student and just eating out of a can of beans.

The three weeks out of the saddle, while doing my body a world of no good, has allowed me to get some work done on the new websites for Anthelois and Gage, Deer Haven Farm and a friend. Deer Haven's is coming the quickest, complete with 500 gigs of goodness involving photographs. Among them, which I didn't realise , are these sets from the Poulin clinic. Sinari looks brilliant to the point where I cried looking at them. I look weird. But still, I see so much. Bella will come along as well.

The out of saddle hiatus is coming to a close- the saddle is ordered (34" Duett Fidelio) and should be here in time for the new year. Sinari has been conditioning since yesterday, just lunge work due to the crappy muddy weather. She broke out her road trot yesterday and gave me some brilliant extentsion that caught the eye of onlookers.

Speaking of the new year its time to review goals.

Regular:
2009 holds so much more. In addition to the following, I may be expanding the team to add a new member (pony), finding a new job, returning to education and a bunch of other things but here's the rundown:

I have a long way to go and miles to go beore I sleep.
Posted by Kelly at 5:19 PM

What did you think of Poulin? I took a clinic with him way back in Jan 08 sometime ... he seemed like a nice guy, but I felt like no one got much out of the clinic unless they were upper level. He basically just watched us go around in circles, but was much more helpful with the riders schooling PSG and up.

Wow, you definitely accomplished many of the goals on your list. :)